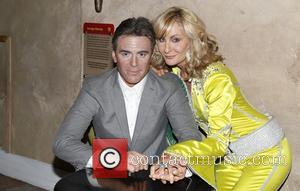 A representative for George Clooney has shot down reports suggesting the actor's fiancee Amal Alamuddin is pregnant.

The British lawyer was photographed wearing a flowing dress while dining with her husband-to-be in Lake Como, Italy last week (29Aug14), and sources told In Touch Weekly that Alamuddin would be with child when she exchanges vows with Clooney later this month (Sep14).

However Clooney's longtime representative, Stan Rosenfeld, has dismissed the rumours in a statement to Access Hollywood, which simply reads: "Amal is not pregnant."

The Oscar winner and Alamuddin are reportedly preparing to tie the knot at his home in Lake Como.