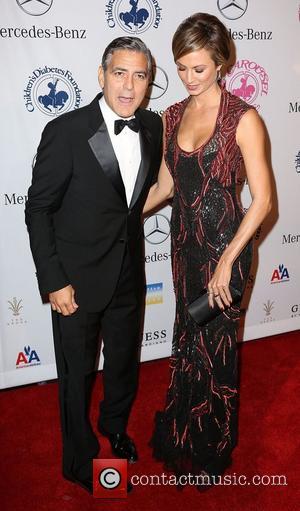 The movie, written by Clooney and Grant Heslov, tells the story of a group of art experts chosen by the US government to retrieve works stolen by the Nazis, before Hitler destroys them. It's based on Robert M Edsel's book The Monuments Men: Allied Heroes, Nazi Thieves, And The Greatest Treasure Hunt In History. "I'm excited about it," Clooney told industry website TheWrap. "It's a fun movie because it could be big entertainment. It's big budget - you can't do it small - it's landing in Normandy". Hitler's forces swept through the museums and private collections of Europe during World War II, though 'The Monuments Men' were the directors, curators and art historians who risked their lives to retrieve the masterpieces. "I'm not opposed to doing a commercial film, I'm just opposed to doing a commercial film that doesn't feel organic to me," Clooney said of the subject matter, adding, "So if we're going to do a commercial film we thought 'let's do something that seems fun and actually have something to say."

The movie is due to begin production in March 2013, with a release date likely to be set for 2014.