George Clooney Is To Spend His First Wedding Anniversary Paying Tribute To His Late Friend Jerry Weintraub At The Producer's Upcoming Memorial Service. 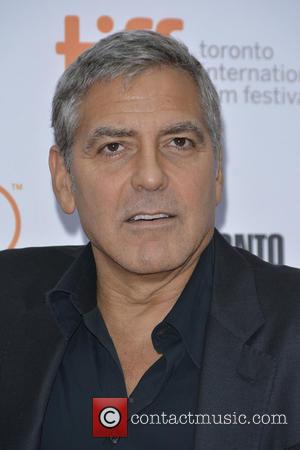 The Hollywood veteran, who oversaw Clooney's Ocean's 11 films, died in July (15) aged 77, and on 27 September (15), Weintraub's closest friends and family will gather to remember the beloved moviemaker in a special ceremony.

Although Clooney and his human rights lawyer wife Amal will be celebrating the marriage milestone, one of the activities of the day will include attending Weintraub's memorial.

When asked what their big plans are for their anniversary, Clooney confessed to Entertainment Tonight, "Unfortunately, I have to speak at Jerry Weintraub's memorial," before joking, "This is his last producorial way of screwing me over, that on my anniversary, I have to go to his memorial."

Following the news of Weintraub's death, the Clooneys released a touching tribute to their friend in a statement which read: "In the coming days there will be tributes about our friend Jerry Weintraub. We'll laugh at his great stories, and applaud his accomplishments and in the years to come the stories and accomplishments will get better with age, just as Jerry would have wanted it. But not today. Today our friend died.

"To his family and friends, Amal and I send our love. And to those who didn't know him we send our deepest sympathy. You would have loved him."