George Clooney is hoping to see some track and field events at the London Olympics this year. 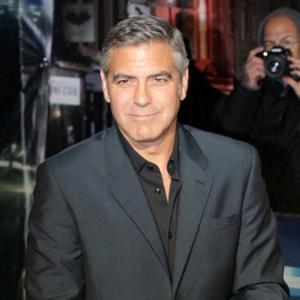 George Clooney is desperate to attend this year's London Olympics.

The 'Descendants' actor is delighted the world's biggest sports event is coming to the British capital as he loves visiting, but has not yet been able to get hold of any tickets to watch any of The Games.

He told The Sun newspaper: "I think it's fantastic that the Olympics are coming to London. I think you should always try to take politics out of sport and the London bid did that.

"Track and field is something that I really want to come back and see if I can get some tickets. I'm a big fan of London. There are only a handful of great cities in the world and it's one of them."

George isn't the only star keen to get his hands on some tickets for the Olympics.

Former Spice Girls singer Mel C admitted she wants to get the band back together to perform at the opening ceremony - because she thinks it would help her chances of being allowed to watch some of the sporting events.

She said: "We've never actually been approached about the Olympics and it's just rumours at the moment unfortunately but I'd jump at it if we were asked. I'm very excited about the Olympics being here in London. And it'd get me in wouldn't it because I've got no tickets."

Rapper Tinchy Stryder teamed up with Dionne Bromfield to record a track to be used as the official Olympic Torch Relay song and admitted he hoped the duet, 'Spinning' for 2012' would be, would be his entrance into the games.

He said: "I didn't get any tickets in the end, like loads of other people. I tried but had no luck. I'm hoping that this song will get us a few though."