George Ezra is a British singer-songwriter from Hertford who has been doing exceedingly well over the last year, having played Glastonbury in 2013 and come in fifth place for BBC's 'Sound Of.2014'. Now, his new single 'Budapest' has been certified platinum in Italy. So what's so good about George Ezra and 'Budapest'? 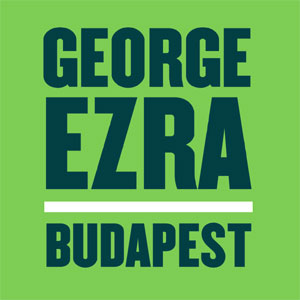 The track stars with a gentle but firm guitar riff that remains more less the same throughout, with the exception of a few notes changing here and there. It establishes it as a good, but straightforward folk song. When Ezra's voice comes in, it's startling; his vocals are soothing, but also butch and pleasantly bluesy. While it by no means steps out of folk territory, you're expecting his voice to be a lot tamer, due to the few seconds of guitar that precedes it. His singing proceeds to be the main driving force for the song, as the strings aren't overly noticeable and there are minimal drums. It's impressive how Ezra can elevate the tune in the chorus. When he seemingly restrains a roar singing 'Give me one good reason why I should never make a change', the song intensely increases in power. Not because of a dramatic chord change or louder drums, just because Ezra's vocals strengthen.

As for the lyrics of 'Budapest', they're good. Not amazing, but nowhere near bad. They are mainly telling the story of a man willing to sacrifice everything for someone he loves. This obviously isn't the most original lyrical theme ever, however it's quite sweet and the sincerity comes through in Ezra's voice. The best example of this is, 'My friends and family, they don't understand, they fear they'd lose so much if you took my hand, but for you, you, I'd lose it all' which one can interpret as people close to him worrying about his relationship with the track's subject matter, yet he disregards their warnings - something many people can relate to.

All in all, 'Budapest' is a very good folk song. It's by no means ground breaking, but does the job well with a tender guitar melody as well emotional vocals that more than justify the attention Ezra has been getting.