George Ezra wants to replace Victoria Beckham in the Spice Girls, joking he could be named Geoff Spice because his pals call him Geoff. 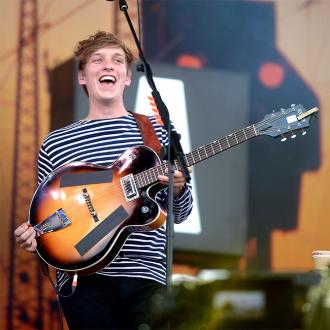 It was recently revealed the 'Wannabe' hitmakers will reform for a tour in 2016 without Victoria, nicknamed Posh Spice, and George thinks he'd be the perfect replacement, even though he's 19 years younger and the wrong gender.

He quipped to the Daily Star newspaper: ''I would love the chance to join them. I would be called Geoff Spice.

''All my friends call me Geoff, so I thought it could work with the girls too.

The 22-year-old heartthrob who released his debut album 'Wanted On Voyage' last year recently finished a US tour and has a few more shows scheduled before he begins work on his next record, although he insisted he wants ''the opportunity just to live'' before he embarks on the release of a new LP.

He previously said: ''I have in the sense that I'm very much looking forward to writing it.

''I've started toying around with a few ideas but I think it will take a bit longer than I first anticipated.

''I want to make sure that at the end of this album there's a definite full stop and I get the opportunity just to live for a second. The record will happen one day!

''With the whole touring thing I've found myself living in a fairytale land of imagination and stuff so maybe that might go through to it.''