Review of Let It Roll Album by George Harrison 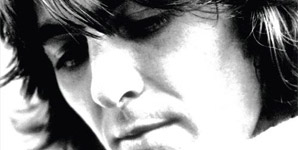 When you look at the Songs that George Harrison wrote, you must feel for him. Yes at this point people are thinking 'why should I feel sorry for George Harrison when his song writing was brilliant. Simple really, two words Lennon/McCartney!!! Being the youngest member of The Beatles it was harder for George Harrison to establish himself as a song writer. He did manage to get a couple of songs in and some are on this album which in itself is a tribute to late George Harrison.

Once The Beatles were no more that seemed like the perfect scene for George Harrison to show what his capabilities as a singer/song writer was, and it was time for him to step out of the shadow that was Lennon and McCartney.

'Let It Roll: Songs By George Harrison' is a perfectly compiled collection with a couple of live tracks thrown in there. Coincidentally they are all his Beatles tracks. Now forget any of the previous releases before claiming Best Of and all that jazz because this is the one, this is the album that spans George Harrison's musical career. This includes when he was in that band he used to be in but only the songs he wrote to his solo career. Nineteen tracks of pure magic to come from the youngest ex Beatle.

The album has not been put together in any particular order but what better way to get you in the mood than 'Got My Mind Set On You' a brilliant upbeat track that gets you going straight away. The thing is George Harrison's 'My Sweet Lord' just shows off his abilities as a musician full stop. Just the title speaks for itself around the globe.

What adds to this album is that it isn't just a collection of his work, live tracks have been thrown in which are from that small band he used to play in, The Beatles. Obviously all three are what he wrote and are up there as some of The Beatles best material. Harrison brags 'While My Guitar Gently Weeps', 'Something' and 'Here Comes The Sun'

'Any Road' one of his later works but he still proves that he hasn't lost it, even though this came off one of his less successful albums in the shape of 'Brainwashed' This album is like being a kid in a sweet shop you are just spoilt for choice with hit after hit on in

John Lennon wrote lyrics such a 'I don't believe in Beatles' where as George Harrison did an entire song titled 'When We Were Fab' This is a perfect piece to add to the collection for any George Harrison and Beatles fan. Just remember like John Lennon, George Harrison lives on through his music.