George Jones famously used an alternative method of transport when his wife hid his car keys. 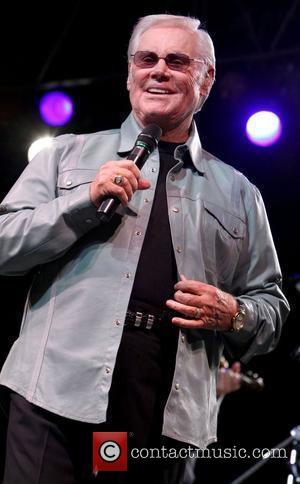 George Jones, whose song 'He Stopped Loving Her Today' is often considered one of the greatest country music songs of all time, has died aged 81. The country star died at the Vanderbilt University Medical Center in Nashville, according to the Associated Press. He had been suffering from a fever and irregular blood pressure.

Though Jones was adored by his strong following, he often astonished them with his erratic behaviour and brushes with death. He struggling with alcohol and drug abuse, had multiple marriages and divorces, lawsuits and motor vehicle accidents. His life became the stuff of country legend and he will no doubt be remembered for the infamous 'lawnmower incident'. Following a huge drinking binge, Jones had his car keys confiscated by his wife so he couldn't drive into town for more booze. Unfortunately for Mrs Jones, the musician commandeered a motorized lawn mower and drove himself to the nearest liquor store. "I imagine the top speed for that old mower was five miles an hour," he recalled in his 1996 memoir, "It might have taken an hour and a half or more for me to get to the liquor store, but get there I did."

"Hopefully [history] will remember me for my music and forgive me of the things I did that let 'em down," Jones told an interviewer in 2006, There are some things you just can't make up to people," he said of the many performances he missed over the years because of his struggles with alcohol and drugs. He gained the moniker "No Show Jones" throughout the 1970s and 1980s.

However, despite his erraticism, Jones continued to deliver hit after hit and he had 167 records on the Billboard Hot Country Songs chart during his long career, more than any other artist. He also placed more inside the Top 40 (143) than anyone in the history of country music. There was awards success to - Jones won two Grammy Awards, was a five-time Academy of Country Music Awards winner and was given a lifetime achievement award as part of the annual Kennedy Center Honor in Washington D.C.