The Voice Of Country George Jones Died At Age 81

The singer will be remembered fondly not only by his fans, but also by fellow musicians. 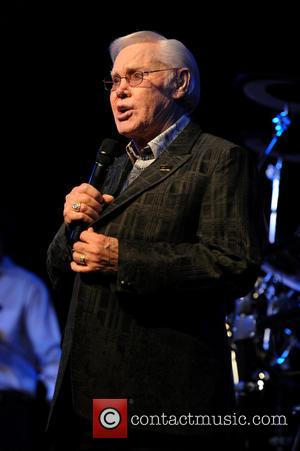 Country music legend George Jones, who was universally known as the biggest voice in country, died this week at the age of 81. Jones was referred to as The Voice of country and a number of his colleagues have come forward to express their grief over his passing.

“Today someone else has become the greatest living singer of traditional country music, but there will never be another George Jones,” said Bobby Braddock, the Country Music Hall of Fame songwriter who provided Jones with 29 songs over the decades. “No one in country music has influenced so many other artists.”

Jones’s voice was really at the core of his success. Strong and deep, his voice could sound surprisingly gentle when the song demanded it. Over the course of his career, Jones became a treasured figure in Nashville, but his problems were also often in the public eye. Still, it’s rare nowadays that a celebrity remains known for their work moreso than their personal troubles. Perhaps it was because he belonged to an older generation, but George Jones was one of those rare cases.

“He just knows how to pull every drop of emotion out of it of the songs if it’s an emotional song or if it’s a fun song he knows how to make that work,” Alan Jackson said in a 2011 interview. “It’s rare. He was a big fan of Hank Williams Sr. like me. He tried to sing like Hank in the early days. I’ve heard early cuts. And the difference is Hank was a singer and he was a great writer, but he didn’t have that natural voice like George. Not many people do. That just sets him apart from everybody.” The Voice, pictured here performing at the Silverton Hotel in Las Vegas.

That also helped him achieve the rare feet of having number one songs in five whole decades, a testament to not only his talent, but also his longevity. Jones is no longer the biggest living name in country, but he will always be remembered as The Voice.