Harrison Ford wanted killing off in Empire Strikes Back

George Lucas claims Harrison Ford wanted his character, Han Solo, to be killed off during 'The Empire Strikes Back'. 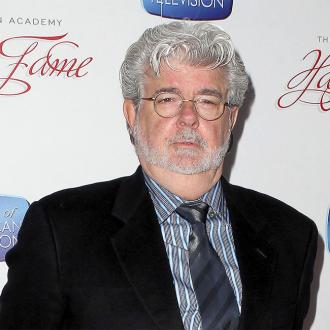 George Lucas claims Harrison Ford wanted his character to be killed off during 'The Empire Strikes Back'.

The 70-year-old director - who created the 'Star Wars' franchise - admitted the actor pleaded for his character, Hans Solo, to die during the fifth instalment after he was frozen and sealed in carbonite and delivered to Jabba the Hutt.

''I said, 'Harrison, I can't kill you. I need you at the end of the next movie. There's this love thing going on. But I'll do the next best thing. I'll put you in a slab of concrete and ship you off to Mars'.''

Lucas has since sold the franchise to Disney, and Ford, along with other members of the original 'Star Wars' cast, including Carrie Fisher and Mark Hamill, are due to appear in the upcoming 'Star Wars Episode 7'.

Lucas also told Deadline: ''I love the 'Star Wars' films. I'm glad I made them. They were designed to inspire kids to think outside the box.

''They did make a difference which I see every day. I see it in everything from astronauts to filmmakers. It's interesting the films are still being talked about.''