It's Here! Lego's Giant X-Wing Model Is Now A Thing That Exists

The 5 million + brick spectacle even has a little R2 and everything! 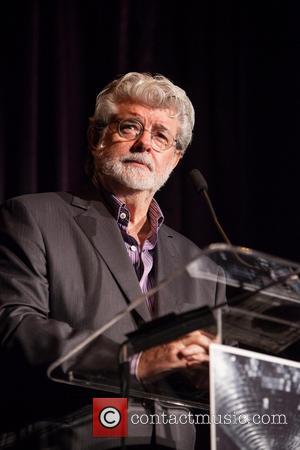 Lego news is usually cool news, and the 23-Ton, 5.3-Million-Brick X-Wing being revealed today (May 24) in Times Square just goes to prove it. Just the number 5 million should give you a clue about the thing’s size, but just so you can conceptualize that better – the star fighter has a wingspan of 44 feet! The model comes complete with an R2 D2, of course, as well as a full range of authentic sounds. A Star Wars nerd’s dream personified. And Star Wars fans definitely deserve something like this, after the release of the cringe-worthy Kinect game, featuring a dancing Han Solo.

The model is a king-size version of Star Wars Lego starfighter set #9493 – 42 times bigger, to be precise. It’s even slightly bigger than the real X-Wing (ok, real might not be the right word, but you get the idea). This monstrosity was built at the Lego Model Shop in Khladno, Czech Republic. It took 32 master builders to finish. As a side-note, 'Lego master builder' is possibly the coolest job title anyone could come up with – on par with 'intergalactic robot emperor'. But we digress. Master builder Erik Varszegi spoke to Wired about the model.

“This has been a wild and exciting project for us, and it’s taken an international team of designers, engineers, structural consultants, model builders, and logistics personal over a year to bring this model from a conception to reality,” Varszegi said in an email. “In one respect, designing it was the ‘easy’ part, as we were creating a scaled version of an actual toy construction set.”

Despite the technical difficulties though, we would still maintain that Varszegi has the best job ever. The model wasn’t just built on a whim, though (or so they say). In fact, it was created in celebration of the latest Lego Star Wars series The Yoda Chronicles — a three-part animated miniseries launching on Cartoon Network next Wednesday (May 29). And what a celebration it is. Clearly, the Lego team never does anything by half.