Even though San Francisco and Los Angeles were bidding for the museum, the 70 year-old filmmaker chose the Windy City as the site of his Lucas Museum of Narrative Art. 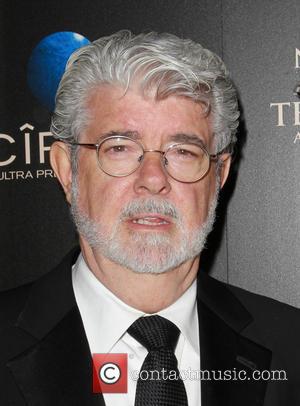 The creator of the famed sci-fi franchise 'Star Wars,' George Lucas, has chosen the city of Chicago as the site for his forthcoming museum, the Chicago Tribune reported.

The Lucas Museum of Narrative Arts, which will house the 70 year-old’s own artwork and movie memorabilia, was also looking at the cities of San Francisco and Los Angeles as a potential home.

Lucas has very strong ties to the Bay Area, and went to college in Sourthern California, so it may have come as a surprise that he chose the Windy City.

But the link to Chicago comes through his wife, Mellody Hobson, an investment banker and chairman of the board of DreamWorks Animation. Since they tied the knot in 2003, the pair have lived between Chicago and California.

"Choosing Chicago is the right decision for the museum, but a difficult decision for me personally because of my strong personal and professional roots in the Bay Area," Lucas said in a statement.

In 2012 Lucas acquired $4 billion from Disney after selling Lucasfilm, and he has guaranteed at least $700 million will go towards the construction and operations of the museum.

The museum's board are expected to meet on Wednesday (June 25th) to make an official vote on the site.

Expecting to open its doors in 2018, the museum will be built on a prime location in the city on what is now parking lots between Soldier Field and McCormick Place, which is a huge market place.

MORE: George Lucas Recalls Harrison Ford's Desire To Be Killed Off In 'Empire Strikes Back'

Laurie Norton Moffatt, chief executive officer of the Norman Rockwell Museum, who is assisting Lucas, told the Chicago Tribune, "It's still an emerging and growing collection, he has an extraordinary collection of movie posters. I think he has the largest collection in the world." Lucas's museum is expected to open in 2018