The plot where the late Wham! singer is buried is screened off from the public and inaccessible on guided tours of Highgate Cemetery.

Grieving fans hoping to see the final resting place of George Michael will be disappointed, following news that Highgate Cemetery has banned members of the public from visiting his grave.

The former Wham! singer and solo star, who passed away at the age of 53 on Christmas Day last year, was finally laid to rest on Wednesday this week (March 29th) after his family and friends were forced to endure months of waiting while a toxicology test was finalised.

Michael was buried in north London’s Highgate Cemetery, near his mother Lesley, after a “small, private” funeral held by his immediate family and friends. However, fans hoping to pay their respects are disappointed after The Mirror reported that the cemetery has banned public tours from visiting the plot where he’s buried. His grave is located in a private section on the site behind brick walls and high hedges, which is not accessible on guided tours offered.

The cemetery’s official website, which has been recently updated, says “George Michael’s grave is not visited on the tour.”

Members of the public can pay £12 for a 70-minute tour of the cemetery, where the likes of Karl Marx, Douglas Adams and Malcolm McLaren are buried.

Meanwhile, reports have emerged since the funeral that Michael’s boyfriend, Fadi Fawaz, was not invited to the wake for the late singer, despite being among the guests at his funeral. Even then, he apparently only found out about the service at the very last moment and was the final guest to arrive.

“Fadi was allowed to attend the service, but the family didn’t want him at the wake afterwards,” a source told The Sun. “It wouldn’t have been appropriate for him to attend. Emotions are still running extremely high.” 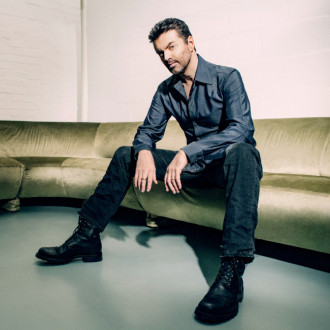