So, You're Driving Along And See George Michael Fall Out Of His Car At 70mph

George Michael appears to have a real problem with cars. Specifically driving them into shops and falling out of them. 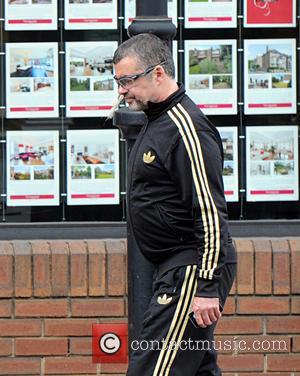 We literally have no idea how George Michael isn't dead. The superstar singer fell from his car on the M1 motorway whilst travelling at 70mph. Remember when your Dad would do that cool thing when his door wasn't properly shut? He'd open it whilst the car was moving at a high speed and slam it shut. Only your Dad was wearing his seatbelt. And your Dad wasn't speeding along down the M1. And your Dad didn't fall out onto the motorway.

Reports suggest George tried the old slam-the-door-shut trick while travelling as a passenger but ended up in the middle of the carriageway. Stunned driver Katherine Fox, 23, skidded to a halt as the singer hit the ground dressed in an Adidas tracksuit and sunglasses. "There was a nasty cut on his forehead and the back of his head. There was blood all down his face and on his teeth.He was breathing and conscious but in shock," she told The Sun. Katherine was driving behind a silver Range Rover when George suddenly tumbled from a passenger door onto the third lane of the carriageway. "I saw blood everywhere and a man on the ground," she added, "I thought someone had run across the road and been hit.I asked what had gone on and was told he tried to open the car door and shut it again because it wasn't shut properly and apparently fell out at 70mph."

The singer - who was close to death after contracting pneumonia last year - was in the car with two friends. He was airlifted to hospital on Thursday from the scene at the M1's junction 6A with the M25. Hours later, his boyfriend Fadi Fawaz told press outside the couple's North London home, "I've spoken to him and he's good." He was treated for cuts and bruises. George Michael Walking His Dog, In Those Trust Adidas Slacks