George Michael has been in rehab for the past year after taking crack, marijuana and drinking himself into an grave, according to the star's cousin who is petrified for his life. 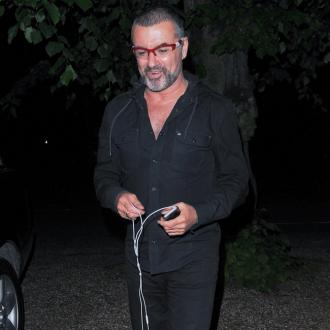 George Michael is reportedly battling an addiction to crack cocaine.

The 52-year-old singer has been undergoing therapy in a £190,000-a-month Swiss clinic for the past year after his family begged him to check into rehab because they were, and are still, ''petrified he will die''.

Jackie Georgiou, the wife of the star's cousin, Andros, revealed to The Sun newspaper: ''He was smoking crack.

''Before he went away he got to the point where he would be shaking, saying 'I need it'. There were parties where he was taking drugs and collapsing and being picked up off the floor. Waking up in vomit, horrible things, he was so thin, so ill. It's crack, it's marijuana, it's drink, it's coke. It was pretty dark and things were getting darker.

''He was going to end up locked up or dead. I'm petrified he will die.

''A lot of people are suffering,including his two sisters. He's been putting himself in a lot of danger.

Jackie, 45, has reached out to famous friends of the troubled singer who have also been concerned for his well-being.

She said: ''I spoke to Boy George and we had a long chat about George. He said, 'I've tried knocking on his door, tried to help him.' He needs to find himself.''

George's decent into drug abuse has come as a shock to his friends and family as he initially ''hated'' cocaine but they have witnessed his ''gradual demise'' as the drug took hold.

Jackie added: ''On special occasions he'd take ecstasy and start break dancing. At first he hated cocaine. Then he got deeper and deeper into the harder stuff. It was a gradual demise.''

''Everyone has said he is not the same. The spark has gone. He is not himself after his drug use. And I know he was still drinking after a year in rehab, which is bad.

The former Wham! heartthrob - who is godfather to two of Jackie's sons - has previously had a string of public run-ins with the law while under the influence of alcohol.