George Michael insists he is ''perfectly fine'' following allegations he is addicted to crack cocaine. 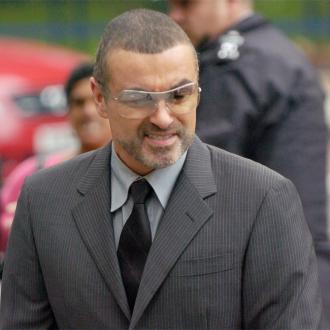 The 'Careless Whisper' hitmaker has spoken out to reassure fans after a family member, Jackie Georgiou - who the singer claims he hasn't seen in 18 years - claimed he was seeking treatment for an addiction to crack cocaine.

He tweeted: ''To my lovelies, do not believe this rubbish in the papers today by someone I don't know anymore and haven't seen for nearly 18 years...

''I am perfectly fine and enjoyed Wimbledon like the rest of you. Wish it went to 5 sets though!...

George's comments came after his spokesperson also dismissed the claims made by Jackie, who is married to the 52-year-old star's cousin Andros.

His representative said: ''Whilst it is our general policy not to comment on private matters, we would in this instance note that these highly inaccurate stories have been apparently provided to the press by the wife of a very distant family member, neither of whom has had any dealings with him for many many years.

''It is therefore unsurprising that they are so incorrect.''

In her interview with The Sun newspaper, Jackie claimed George sought help as his family feared he ''would die'' because of the ''danger'' he had put himself in.

She said: ''He was smoking crack.

''Before he went away he got to the point where he would be shaking, saying 'I need it'. There were parties where he was taking drugs and collapsing and being picked up off the floor. Waking up in vomit, horrible things, he was so thin, so ill. It's crack, it's marijuana, it's drink, it's coke. It was pretty dark and things were getting darker.

''He was going to end up locked up or dead. I'm petrified he will die.

''A lot of people are suffering,including his two sisters. He's been putting himself in a lot of danger.''