George Michael is a ''bit nervous'' about performing at the Olympics closing ceremony on Sunday (12.08.12) as it will be his return to the stage following his battle with pneumonia. 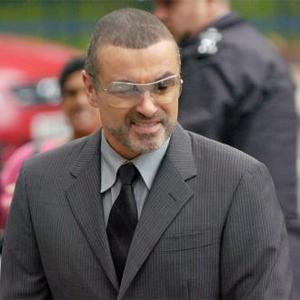 George Michael is a ''bit nervous'' about performing at the Olympics closing ceremony.

The 'White Light' hitmaker's appearance at the London 2012 spectacle on Sunday (12.08.12) marks his return to the stage following a life-threatening bout of pneumonia last year and he is rehearsing ''like crazy'' to ensure everything goes to plan.

He tweeted: ''Hey everyone, how are you. Spending most of the next week rehearsing like crazy for the Olympic closing ceremony.

''Obviously a bit nervous not having played for nearly a year, but rehearsals sounding great so far!''

The details of the closing ceremony have been kept under wraps for some time, but George has been linked with appearing several times so decided it was time to put fans ''out of their misery'' and confirm his participation.

He added: ''Oh, and , secret? It's been all over the press for weeks, and I think you alll needed to be put out of your misery! (sic)''

As well as George, other artists expected to take part in the closing ceremony include Spice Girls, The Who, Emeli Sande and Jessie J.

Take That were also linked with the event but their involvement is now in doubt following the tragic news that leader Gary Barlow's baby daughter was stillborn at the weekend.