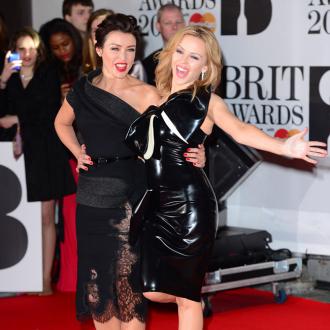 Kylie and Danni Minogue are releasing a Christmas single together.

The 'Spinning Around' hitmaker has united with younger sister to record a cover version of 'Last Christmas' by Wham! - which was first released by musical duo George Michael and Andrew Ridgeley in 1984 - in a bid to grab the festive number one spot in the UK.

A source told the Daily Mirror newspaper: ''Minogue fans have long wanted a duet between the two sisters, but Kylie never felt it was the right time. Also, her management tried to avoid it because they considered the pair were in different leagues.''

Kylie, 47, and Danni, 43, collaborated only once in the past decade in 2008 to cover ABBA's 'The Winner Takes It All' for a TV comedy drama.

And since Kylie split from her record label Parlophone Records in March after being under contract for fifteen years, the time had come for the singers to make music.

The source said: ''Now Dannii's profile is buoyed by her 'X Factor' judging duties and Kylie is management-free, she feels it's a no-brainer. They did a couple of songs, but are waiting to see which one comes out best.''

'Last Christmas' narrowly missed reaching the UK number one spot in 1984 when Bob Geldof rallied a selection of the world's top pop stars to record charity song 'Do They Know It's Christmas?' to raise money for famine victims in Africa.

However, 'Last Christmas' by Taylor Swift, the cast of 'Glee', and computer animated singing character Crazy Frog in recent years.

It seems Kylie's been prepping for a sister duet for some time.

In 2011 she said: ''We would definitely love to do something together again. My favourite thing that we have done together is a comedy sketch show in England a while back.

''She and I speak the same language. We've both been in showbiz a long time. We know the ups and downs of it.''