Game Of Thrones Creator George R.R. Martin Was Once Targeted By An Obsessed Fan Who Sneaked Up Behind Him With A Pair Of Scissors In An Attempt To Cut Off His Hair. 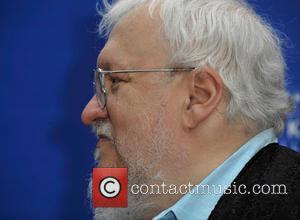 The novelist behind the popular book and TV franchise has revealed he suffered a terrifying encounter with a Game of Thrones enthusiast, who was determined to go home with a lock of hair or a piece of Martin's beard.

He tells New York Post gossip column Page Six, "(He) wanted to cut off a lock of my beard... I do a lot of things for my fans, but I'm not doing that!... (Then) he snuck up behind me with a pair of scissors to try and get some of my hair."