The allegations from Brunton say he woke up to find Takei groping his crotch.

The Hollywood sexual misconduct allegations are showing no sign of slowing down, with former 'Star Trek' actor and 'I'm A Celebrity... Get Me Out Of Here!' contestant George Takei now being accused by former model and actor Scott R. Brunton of sexual assault.

George Takei has been accused of sexual assault

If true, the allegation will come as a blow to Takei fans who have supported the actor throughout his lengthy career and more recently, with his comments following the allegations levelled at former 'House of Cards' lead actor, Kevin Spacey. For now however, Takei has taken to his social media accounts to deny the claims, writing: "Friends, I'm writing to respond to the accusations made by Scott R. Bruton. I want to assure you all that I am as shocked and bewildered at these claims as you must feel reading them. The events he describes back in the 1980s simply did not occur, and I do not know why he has claimed them now. I have wracked my brain to ask if I remember Mr. Brunton, and I cannot say I do. But I do take these claims very seriously, and I wanted to provide my response thoughtfully and not out of the moment.

"Right now it is a he said / he said situation, over alleged events nearly 40 years ago. But those that know me understand that non-consensual acts are so antithetical to my values and my practices, the very idea that someone would accuse me of this is quite personally painful. Brad, who is 100 percent beside me on this, as my life partner of more than 30 years and now my husband, stands fully by my side. I cannot tell you how vital it has been to have his unwavering support and love in these difficult times. Thanks to many of you for all the kind words and trust. It means so much to us. Yours in gratitude, George."

Brunton made his allegations in an interview with The Hollywood Reporter, where he said that he woke up after passing out in Takei's Los Angeles condo, to find the actor "groping my crotch and trying to get my underwear off." He says he then pushed him off and left the apartment, and had multiple friends to confirm he had told them the same story over the years since the alleged incident took place.

More: 'All The Money In The World' Reshoots Replacing Kevin Spacey Will Cost Millions

We'll bring you more on the allegations coming out of Hollywood as and when we get them. 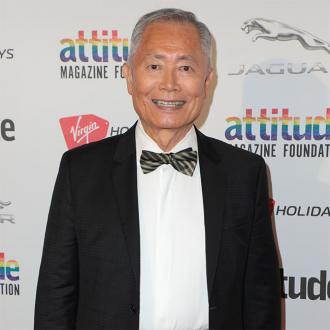 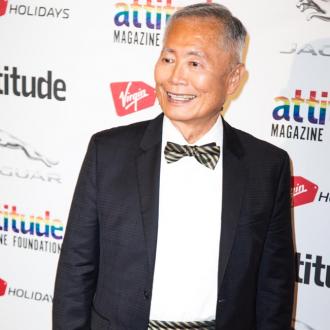