The spoken word artist to gather more followers on 'The Ground Up Tour'.

It seems the music industry is making way for real poetry and up and coming spoken word artist George The Poet could be among the pioneering youngsters of this generation in the art of musical poetry. While his fellow musicians are more focused on entertainment, he sees the importance of getting across essential social messages. George The Poet to hit the road again

He's just announced the he is set to hit the road in October 2015 for 'The Ground Up Tour', and 24-year-old Londoner George Mpanga sees this as another great opportunity to gather followers. 'I believe rap is a specialist form of poetry', he explains in a recent interview. 'Now, what made me adapt my style into spoken word is that I wanted to get the communication down so that everyone knew what I was talking about.' Nothing was more affecting than the message he aimed to put across in his latest single 'Search Party'; a politically charged track originally from his new book 'Introducing George The Poet: Search Party: A Collection of Poems', that he wrote in the lead up to the UK general election.

'The inspiration behind 'Search Party' was that I was running around trying to do a lot of different jobs. but I didn't actually take a moment to address my community and just update them on why I was doing what I was doing', he reveals. 'The elections really put that at the forefront of my mind.'

But how did it all start for George The Poet?

'Poetry was a hobby throughout university', he reveals, adding that it wasn't long before he caught the attention of Island Records, who he feels have been 'really trusting' with his material. From there, he won a grant to set up a series of poetry workshops for disadvantaged youths, teaching them how to write memorable poems to help them revise for their exams. 'I know that that's the most important thing I've ever done', he says. 'I can't do anything more important than affect someone's life chances.'

The humble artist has had a tremendous last few months, with his debut EP 'The Chicken and the Egg' causing a huge stir since its release in October 2014 and getting him nominated for the 2015 Brit's Critics Choice Award and even making him a runner-up in the BBC Sound of 2015 poll. Now, he's working on his debut album which he describes as 'more autobiographical' and an 'evolution' of 'The Chicken And The Egg'. Earlier this year, he unveiled the first single, 'Cat D'.

More: Listen to 'Baby Mother' from 'The Chicken And The Egg'

His upcoming 'Ground Up Tour' sees dates across the UK and follows his sold-out February tour. He will also be making appearances at Wireless Festival and T in the Park this summer. 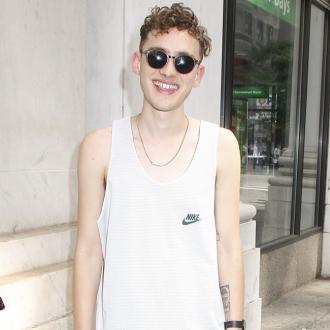