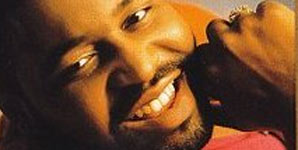 By Steven Williams in Lifestyle / Showbiz on 11 February 2007

After the death of R&B singer Gerald Levert on 10th November, 2006, a coroner in Cleveland, Ohio has ruled his death as accidental.

A coroner has revealed the cause of death for R&B singer Gerald Levert, who passed away in November 2006. According to Cleveland Coroner Kevin Chartrand, the official cause of death was acute intoxication, caused by a combination of prescription and over-the-counter drugs. The death was ruled as accidental.

Related: Read the Review for Gerald Levert's Album, 'In My Songs'

An autopsy revealed a cocktail of drugs in Levert's bloodstream, including plain killers like Vicodin, Percocet and Darvocet, in addition to Xanax and two antihistamines. A spokesman for the Levert family, Andy Gibson, revealed that the singer had been on the medication in order to cope with the pain from a 2005 surgery to repair his Achilles tendon. In addition, it was revealed during the autopsy that the 'Casanova' had pneumonia.

Gerald Levert - In My Songs