Gerard Butler: Channing Tatum would win fight between us 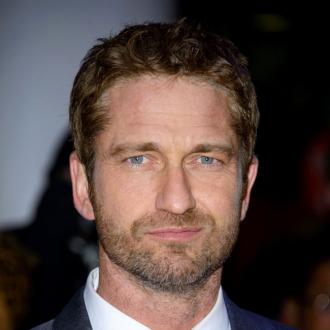 Gerard Butler thinks Channing Tatum could beat him in a fight.

The 43-year-old actor portrays army ranger turned secret service agent Mike Banning in new movie 'Olympus Has Fallen' in which his character must rescue the US President after he is taken hostage in the White House.

Channing can soon be seen saving the US leader from a similarly perilous situation in 'White House Down' and Gerard believes if there was a battle between the big screen hard men he would be vanquished.

When quizzed on whose movie is better at the 'Olympus Has Fallen' UK premiere at the BFI IMAX in London on Wednesday night (03.04.13), the Scottish hunk told BANG Showbiz: ''His (Channing's) is crap! No I'm joking, I haven't seen it but I'm sure it's going to be amazing. Channing Tatum's better than me without a doubt. Channing would win in a fight, yeah.''

However, Gerard cheekily added: ''No I don't believe anything I just said, I'm just trying to be humble.''

Although Gerard's character Banning is a fearless and calculating hero, the Hollywood heartthrob doesn't think he'd be so sure of his own judgement in a rescue attempt.

When asked which one person he would save from a hostage crisis, he said: ''I'd rescue my mum, although now I have nieces maybe I'd need to leave my mum in there! I don't know; by saying one person it automatically alienates 100 other people.''

Gerard was greeted with rapturous cheers and screams as he walked the red carpet and braved freezing winds to sign autographs for fans.

At one point the gusts were so strong they started to rip promotional posters off of the barriers and above the cinema.