Gerard Butler and Dennis Quaid danced with cancer-stricken children at a screening of their new movie 'Playing for Keeps'. 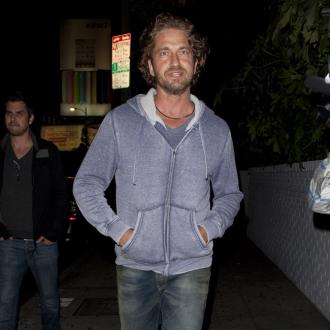 The two actors hosted an airing of their new movie 'Playing for Keeps' at the ArcLight Cinema in Hollywood for a group of cancer-stricken youngsters and delighted the kids with their friendly natures.

A source told National Enquirer magazine: ''At one point, Dennis was dancing in a circle with four little girls and teaching them hokey-pokey steps.

''Gerard picked up another girl who was wearing a pretty scarf covering her bald head, then spun her around and danced with her. She was laughing so hard she got hiccups. It was really touching to see the interaction.''

Gerard recently admitted working on the film had made him want to have children of his own.

The 43-year-old actor - who is dating model Madalina Ghenea - said: ''I have a girlfriend and she's very nice, and I would love to settle down at some point for sure. Especially doing a movie like this, you play a father and you hang out with these kids and they're awesome.