Gerard Butler spent time dancing with a mystery brunette at the Coachella Music Festival in Palm Springs on Saturday (14.04.12). 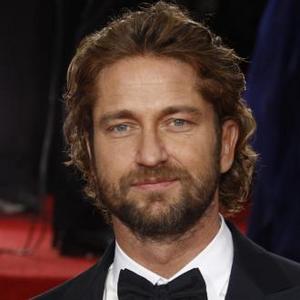 Gerard Butler enjoyed a dance with a mystery brunette at the Coachella Music Festival in Palm Springs.

The Scottish hunk - who received treatment for prescription drug problems in February - partied with the beauty at the A/X Armani Exchange and T-Mobile Neon Carnival on Saturday (14.04.12), and seemingly did not mind he was being seen out and about.

A source told the New York Post newspaper: ''The two were grinding like they were at a middle school dance. He didn't seem to care who was watching.''

It is believed Gerard stayed sober at the event.

Gerard was not the only celebrity to enjoy the glamorous bash; Emma Roberts, Zoe Kravitz, Paris Hilton and Emile Hirsch were also in attendance .

Soon after completing his three-week rehab stint in February the 'Coriolanus' actor was seen partying at the Weinstein Company's Soho House party in West Hollywood.

According to those at the event he was seen chatting to a number of women telling one he was doing ''pretty good'' following his time out.