Gerard Butler has sued the producers of scrapped film 'Motor City', alleging breach of contract and asking for $5.1 million in damages for not paying him his agreed salary. 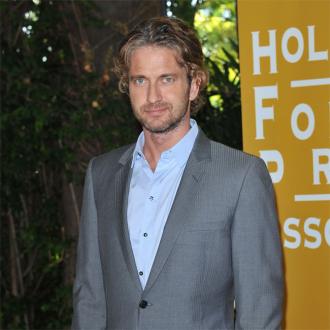 Gerard Butler is suing the producers of 'Motor City' for $5.1 million.

The 43-year-old actor has taken legal action against Emmett/Furla Films, producers of the axed crime drama, which fell through last summer when financial backing didn't work out, asking for damages due to not receiving a penny of his promised wages.

The Scottish stud is alleging breach of contract and breach of implied covenant of good faith and fair dealing because when he signed up to play the lead in the film about a crook on a mission for revenge, there was a ''pay-or-play'' clause.

This would entitle the actor - who claims he turned down other acting work to appear in the movie - to $4 million regardless of whether the film got made, with up to an extra $2 million in compensation.

However, attorney Rick Rosenthal, representing defendants Randall Emmett and George Furla of Emmett/Furla Films, denied the Hollywood hunk's claim and said there was no ''legal liability''.

He commented: ''There is no written agreement between the parties and there were still outstanding deal points that were material to the deal that were not agreed upon.

''Everybody wishes the movie had gone forward, but they do not have any legal liability.''

Joel Silver was also a producer on the film while Warner Bros were set to distribute, but neither party is named as a defendant in the suit.