Production on Gerard Butler's Motor City has stalled after the action film's financial backers pulled out of the project. 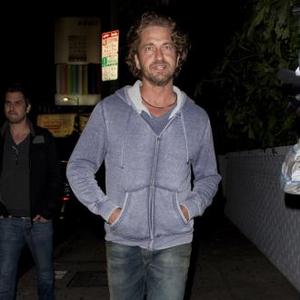 The action movie's financial backers Emmett/Furla Films, Envision Entertainment and Foresight Entertainment have pulled out of the project as they found it ''impossible'' to meet the March 31, 2013, release date deadline for the Albert Hughes-directed project, which is also due to star Mickey Rourke and Adrien Brody.

A spokesperson for the film said in a statement: ''Faced with the realities of a very short post-production schedule and complicated visual and special effects, the producers have decided to push back production on Albert Hughes's 'Motor City'.

''We are dedicated to delivering top-tier productions such as '2 Guns', starring Denzel Washington and Mark Wahlberg, which is currently in production and Peter Berg's 'Lone Survivor', which is in pre-production.

''The circumstances surrounding this project made it impossible to meet The Firm March 31 delivery date without compromising the quality of the film.''

Production on the motion picture was due to start on September 17, meaning the project would only have 12 weeks of post-production.

Crew members on 'Motor City' - which tells the story of a recently released prisoner who aims to seek revenge on the man who framed him - were sent home yesterday (02.09.12), with no word on the future of the movie.