French actor Gérard Depardieu has been fined 4,000 Euros (£3,415) and slapped with a six month licence suspension after he drunkenly fell from his scooter in Paris. 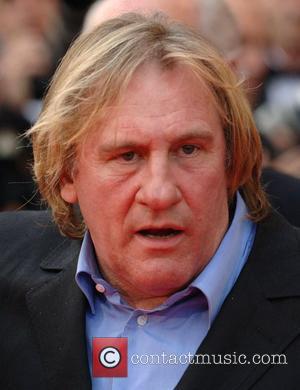 The world-famous Asterix star, Gérard Depardieu, has been fined and banned for six months for drink driving by a French court after he was scooting about drunkenly last November (2012), fell off, and ended up in a police station.

Depardieu has a history of drink-related driving incidents, having crashed his motorcycle in 1999 and despite alcohol levels at five times the legal limit, he escaped with face and leg injuries.

He has also attracted negative media attention for such incidents as punching a motorist last year following an altercation in Paris that allegedly involved Depardieu crashing his scooter into the driver's car.

In further drunken reports since last year, the 63 year-old actor was banned from an Air France flight after being told he wasn't allowed to use the toilet during take-off, according to The Daily Mail, in an incident that culminated in the inebriated actor urinating in the aisle, disgusting his fellow passengers.

In this most recent case, Gérard was held for questioning after being seen falling from his scooter in broad daylight, injuring his elbow whilst three times over the legal limit. After sobering up in police custody, he was questioned and faced misdemeanour charges, leading to a drink driving case and Depardieu's subsequent fine and temporary suspension.

The Oscar-nominated Cyrano de Bergerac actor was not present at the hearing, instead filming in Russia, but his lawyer, Eric de Caumont, announced plans to appeal against the ruling.

The actor, who divorced his wife in 1996 and currently resides with partner Clémentine Igou, is also currently under media scrutiny for the Russian citizenship change he was granted by Russian president Vladimir Putin after publicly voicing his disdain on the French government's tax rules.

The actions that have led to the last year's rather dense period of public misdemeanours and media scandals could be a result of Depardieu losing his son, 37 year-old Guillaume, who'd had his leg amputated after a motorcycle crash and later died following pneumonia complications.

With ten films currently in the pipeline and the media's gaze upon his political views, it's no wonder he may turn to drink to assuage the stress. He's just lucky that he, or anyone else, has not been seriously injured as a result of his intoxicated ways.