Geri Halliwell has trouble being a single mother, but does not want to complain as she admits she is ''privileged''. 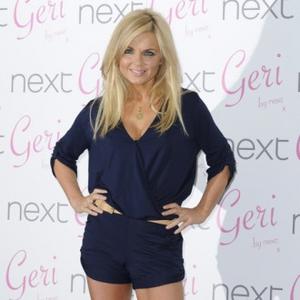 Geri Halliwell finds it hard being a single mother.

The 38-year-old star - who has four-year-old daughter Bluebell Madonna from a brief relationship with screenwriter Sacha Gervasi - says each day brings its own challenges, but she accepts she doesn't have it as tough as other lone parents.

She told the Daily Mirror newspaper: "Being a single mum is hard - although it depends on what day you ask me. Sometimes it has its challenges but I am wary to say that it is too tough because I feel more privileged than most and I have a mother who is incredibly hands-on."

The former Spice Girl is in a relationship with aristocrat Henry Beckwith, and she admits more children could be on the cards.

Asked about the possibility of expanding her family, she said: "We'll see. I haven't ruled it out. I do love being a mum, although I have to say I feel like I am more in my element now that Bluebell is four-and-a-half.

"I'm enjoying this stage more than the baby part of it because I can interact with Bluebell. It's great having a daughter."

Geri remains close with all of the other Spice Girls, especially Victoria Beckham - who has three sons with her husband David Beckham - and is thrilled she is pregnant again.

She said: "Victoria would love a girl. Girls are lovely aren't they? But then I am biased. I am absolutely delighted for Victoria that she is pregnant again. I saw her before for Christmas and I didn't realise she was pregnant. She kept it so well hidden."