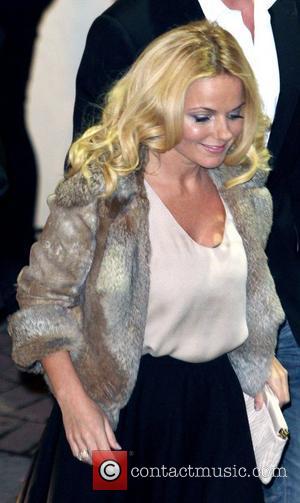 Geri Halliwell has confirmed reports she's planning to revive her solo career - and the former Spice Girls star is "really excited" about her musical comeback.
The singer forged a successful career away from the girl group after she left in 1998 but her last record, 2005's Passion, limped into the U.K. charts at number 41.
Halliwell subsequently took time out of the music industry to look after her four-year-old daughter Bluebell, but reports earlier this month (Dec10) suggested she is planning a new release.
The star confesses she has stepped back into the studio to work on her music, and she's hoping her forthcoming material will top the charts.
She tells Britain's Daily Mirror, "I'm really excited and I've been thinking about it for a long time and things feel right. I was always going to continue with music in some way.
"I've been in the studio and it's going to have a bit of a dance feel to it. I love to dance and hear this type of upbeat music in clubs - it's all going really well. I was proud of all my solo music and this is just the next chapter. It's time to get back into the charts again."