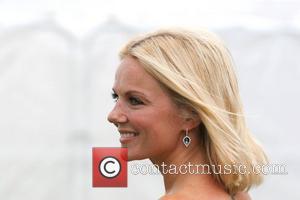 British singer Geri Halliwell is creating a new girl group to follow in the footsteps of the Spice Girls, according to a U.K. report.
The star shot to fame in the 1990s as a member of the Spice Girls, along with bandmates Victoria Beckham, Melanie Brown, Emma Bunton and Melanie Chisholm, and has now reportedly recruited five wannabe pop stars to form a similar group.
And several record labels bosses are already said to be interested in signing Halliwell's band, reports Britain's News of the World.
A source tells the publication, "This is very exciting for her. She's been painstakingly putting together the new band. She wants to combine the energy and drive of the Spice Girls. She's been keeping it quiet because she doesn't want to jinx anything but she has told the other girls and they are very supportive.
"Geri has already introduced the band to some key music executives and quite a few of the labels have already taken a keen interest. She believes the time is right for another girl band to take over the world. When Geri puts her mind to something it's hard to stop her. She could be a very successful manager."