Geri Halliwell believes her Spice Girls bandmate Victoria Beckham has ''lost'' the spirit of the band. 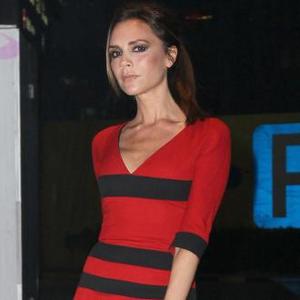 Geri Halliwell thinks Victoria Beckham has ''lost'' the spirit of the Spice Girls.

The group - made up of Victoria, Geri, Mel B, Emma Bunton and Mel C - are all expected to be on stage for the closing ceremony of the London 2012 Olympic Games in August, but a close friend of Geri has claimed she does not believe she and Victoria will remain in touch after the event.

The source said: ''After the Olympics I can't even imagine even talking to her again, let alone being on a stage with her. Mel B was right; she has lost the spirit of the band.''

The Spice Girls promoted ''girl power'' at the height of their fame in the late 90s and encouraged their female fans to take control of their lives.

Victoria is reportedly the member who snubbed the opportunity to play with the Spice Girls at Queen Elizabeth II's Diamond Jubilee in London earlier this year, and the other singers are believed to be upset by her decisions that go against the group.

Geri allegedly told friends: ''None of us can understand why she won't take advantage of these opportunities. Now is the time to be together again as a band and she and Mel B can't be in the same room together.''

A spokesperson for Victoria told the MailOnline: ''The Spice Girls have received some amazing invitations to perform over the last few years, however, personal family and professional reasons mean this has not been possible, the Olympics is one more amazing opportunity but no announcement has been made or confirmation given, so this is nothing more than speculation at this time.''

The Spice Girls last performed together in 2008 while on a world tour, part of which was scrapped.