Director Paul Feig then leapt to Jones' defence with the hashtag #LoveForLeslieJ, after she re-posted a number of the offending comments.

Ghostbusters star Leslie Jones has described the “personal hell” she’s endured after suffering a string of racist and misogynistic tweets, with director Paul Feig sparking a backlash movement against the trolls in coming to her defence.

The re-boot, which finally hit cinemas this week after months of internet attacks by people attacking the all-female cast, has been arguably the most talked-about film of 2016 and clearly continues to anger a small section of the internet despite the good reviews it has received.

The film never made it to production but it would have been the end of Murray’s character Peter Venkman, as requested by the actor himself.

Ivan Reitman, the director of the original Ghostbusters movie has revealed that if a third film had of been made it would have featured Bill Murray’s character Peter Venkman dying. Murray wasn't keen on revisiting the franchise after the 1989 sequel, so the only way of getting him to return was to ensure his character would be killed off. Bill Murray was killed off in the unmade third Ghostbusters movie.

Speaking to Vulture Reitman revealed the plot of the unmade film: “Bill and Sigourney's kid, Oscar, is a postgrad student, and weird things start to happen. Bill Murray dies in the first scene, because he always said, ‘I won't do it unless I die.’”

Continue reading: Bill Murray Was Set To Be Killed Off In 'Ghostbusters 3'

When producers announced that they were remaking the 1984 action-comedy classic Ghostbusters with a cast of women, the internet predictably erupted in a barrage of abuse. But the cast and crew did their best to ignore it. Of the social media backlash, McCarthy just laughs. "I don't even talk about it," she says. "It's not like I can improve myself from the criticism. I can't become a better person or a better actor or a better mother, nothing. If somebody has a good point, I am the first to be like, 'Let me have it.' If someone just wants to spew hate, tear down women, I prefer to keep that out of my life."

Reports Indicate 'Ghostbusters' May Be Banned From Release In China

Sources suggest that the all-female 'Ghostbusters' could fall foul of a rule that prohibits movies that promote the supernatural.

After all the division and controversy over its roll-out last week, the new all-female Ghostbusters re-boot may not be getting a theatrical release in China – but not for that reason…

According to a report in Variety, the newly-released movie has not yet been screened by Chinese censors, but a source suggests that the film is likely to be blocked from release there because of rules that prohibit the promotion of “cults and superstitions”.

Sony has attempted to give Ghostbusters as much chance as possible of passing the censors – if it does come out in China, it will be re-titled Super Power Dare-To-Die Team.

Continue reading: Reports Indicate 'Ghostbusters' May Be Banned From Release In China

Reddit users opposed to the all-female re-make of 'Ghostbusters' have been attempted to erase all trace of the good reviews it has received over the last few days.

Those who have been hoping that the new all-female Ghostbusters tanks at the box offices are dismayed that the movie has received good reviews from critics, and some fanatical haters have undertaken a last ditch attempt to make the movie bomb by filtering out good reviews online.

Fanboys have clubbed together on Reddit in order to mass-organise the effort, claiming that the positive reviews were all part of “Orwellian blietzkrieg propaganda”, which they claim were put together before the movie’s release and were “probably all paid for”. 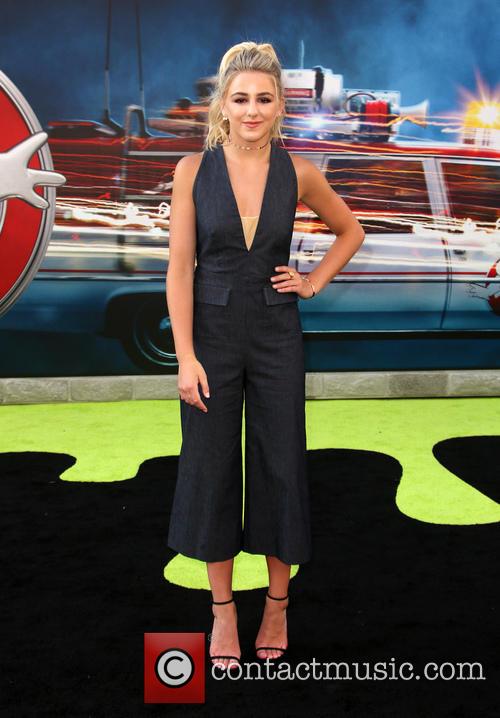 The much-anticipated all-female reboot of 'Ghostbusters' is out on July 15th, and the full trailer can be seen now!

Nearly 32 years after Ghostbusters first hit cinemas, the full trailer for the all-female re-boot has finally been released – and everything looks pretty faithful to the offbeat, deadpan humour of the original, despite what the sexist naysayers are prophesying.

Director Paul Feig reunites with his long-term creative foils Kristen Wiig and Melissa McCarthy as well as ‘Saturday Night Live’ regulars Kate McKinnon and Leslie Jones. The 53 year old filmmaker has previously described the irate response to the all-girl line-up as “vile, misogynistic s***”, and the trailer looks as if it’ll go a long way to proving him right.

Sharp wit and humour is on display, as well as some neatly touched-up special effects and digitally rendered music, and looks like it’s avoided the pitfall over being overdone in comparison to the much-beloved originals.

Sony unveiled a teaser trailer, with a longer preview arriving in early March.

Billed as one of the summer’s biggest cinema releases, we’ve heard surprising little about the highly anticipated Ghostbusters remake – until now. Sony has released a teaser for the cult franchise’s third instalment, with a full trailer due to drop next month.

On Sunday (February 14th), the studio put out a 28-second clip, in which none of the four female leads are featured. Instead, we see shots of armed police scrambling through the streets of New York to surround an unseen entity (another Marshmallow Man??), as the words ‘Who. You. Gonna. Call?’ appear on the screen.

At the end, a date of March 3rd is promised for a full trailer, ahead of a scheduled July 15th theatrical release later this year.

'Bridesmaids' director Paul Feig is in charge of the new project, which will feature an all-women Ghostbusters team.

Prepare to be excited, movie nerds! A third Ghostbusters movie has been confirmed as a real, actual thing, and will be directed by Paul Feig. The Bridesmaids director said on Wednesday that the new ghost-hunting team would be all female, and star “hilarious women” in the key roles.

Ghostbusters 3 has been green-lit, and will be directed by Bridesmaids' Paul Feig

Feig will be working with The Heat’s scriptwriter Katie Dippold on the third instalment in the much-loved franchise. He took to Twitter to make the announcement, saying: "It's official. I'm making a new Ghostbusters & writing it with @katiedippold & yes, it will star hilarious women. That's who I'm gonna call.”

Does Anyone Still Care About Ghostbusters 3?

Ghostbusters 3 will start shooting next year. But does anyone care anymore? And will it work without Bill Murray and the late Harold Ramis?

The Ghostbusters theme song is a ubiquitous facet of popular culture, instilled in the minds of multiple generations to whom the opening strains of Ray Parker Jr’s unmistakably 80’s smash-hit is as instantly recognisable as the theme from such definite works of mass entertainment as Top Gun or Baywatch. In fact, amongst the younger generation, the song is probably more recognisable and iconic than the films themselves as today’s youth remain largely unaware of the context surrounding Ghostbuster’s initial impact upon popular culture itself. With that in mind, is a new Ghostbuster’s film that will arrive over a quarter of a decade after its predecessor really an informed move on the part of the producers that are behind yet another re-boot of a classic Hollywood franchise? More: What's So Great About Ghostbusters?

Continue reading: Does Anyone Still Care About Ghostbusters 3?

Cooper - Now it's the ghosts that should be scared on Halloween! - United States - Wednesday 30th October 2013 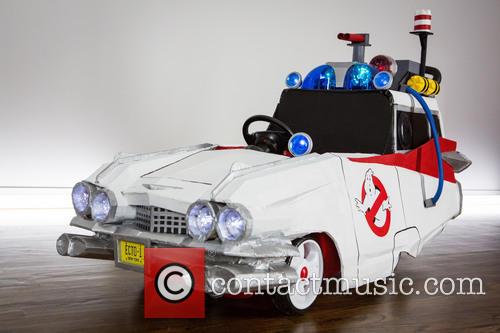 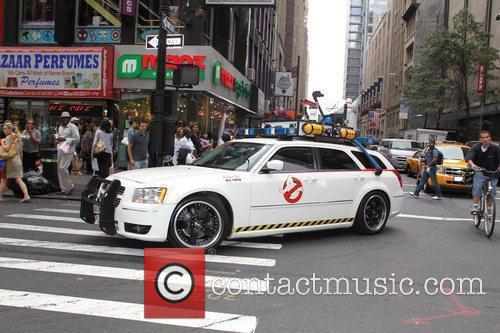 Aykroyd: 'Ghostbusters 3 Is A Go With Or Without Murray'