Gigi Hadid: Bad Blood was like the Hunger Games 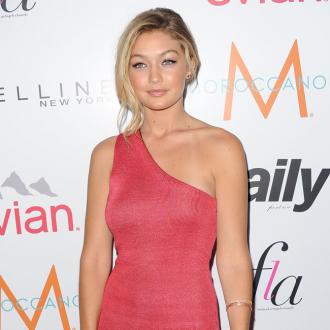 She said: ''What people don't understand about how massive it was is that none of those were green screens, they're all real sets. It was like the supermodel 'Hunger Games'.''

With models such as herself, Cara and Kendall Jenner seeing a surge in popularity, Gigi believes fashion is heading for a new age of supermodels.

She explained: ''I've heard the supermodel is coming back, which I think is exciting.

''For a long time you'd see a girl for one season then never hear about her again. Now models are getting to create a fan-base that keeps them around.''

When she isn't working, Gigi - who is dating singer Joe Jonas - has an unusual passion.

She confessed to Grazia magazine: ''I'm a real geek about criminal psychology. My mom used to catch me at nine years old watching 'Forensic Files' instead of the Disney Channel.

''And she was like, 'My daughter is either brilliant or really weird.'''