Gigi Hadid has admitted she was reduced to tears yesterday (28.09.15) after she received support from people in the fashion industry following her letter on body shaming. 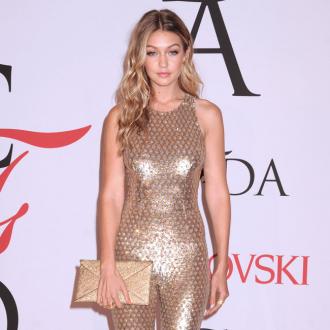 Gigi Hadid ''broke down'' in tears after she was bombarded with support following her letter on body shaming yesterday (28.09.15).

The 22-year-old model was flooded with text messages and emails from high-profile people in the fashion industry - including Tyra Banks - praising her on her strength to hit back at the haters who have criticised her curvaceous figure.

Speaking to Vogue magazine, she said: ''I honestly broke down, I started crying at the multiple text messages I got today from everyone, from Victoria's Secret models to plus-size models to people like Tyra Banks, who posted [the note] and is someone I've looked up to for my entire life.

The blonde beauty felt the need to defend her hourglass frame after people attacked her for being out of shape during recent catwalk shows in Milan, Italy and New York.

But, despite penning her defence letter and sharing it on Instagram, Gigi has admitted the negative comments started to affect her confidence and she began to believe the critics.

She explained: ''There are people who feel like they're able to hide behind their usernames and their private accounts, who feel like they can say whatever they want and it won't affect anyone. I try not to pay attention to it that much, but it got to a point where I started to feel self-conscious about certain things - in the way that I felt that my walk, for example, is unique and I also felt like I needed to improve it.''

Gigi took to her social networking site yesterday to state she was ''proud'' of her sexy body and wouldn't let some nasty comments affect her blossoming career within the industry. 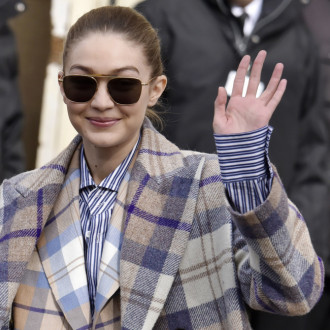