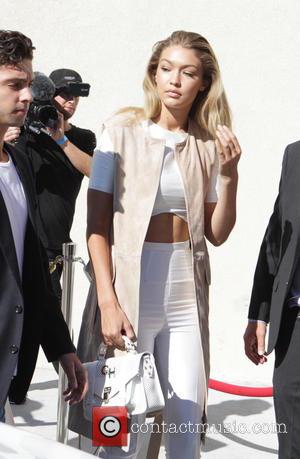 The model made her debut behind the camera for the Cake By the Ocean promo, and her proud boyfriend admits she was a natural.

He says, "It was her idea for the video and we were like, 'F**k it, you should do the video', and she just ran with it.

"She had a megaphone. She was a bada**. Everybody really looked up to her to lead and she really came through and showed us that she could do it."

The zany promo features comedian the Fat Jew being pelted with desserts as he takes part in a cake fight.