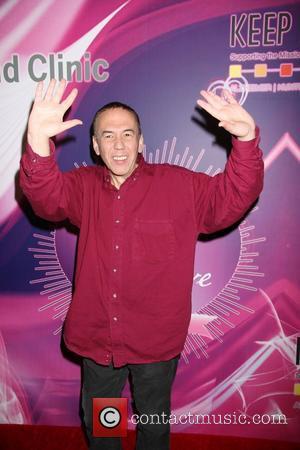 Gilbert Gottfried has been defended by Whoopi Goldberg following his sacking by insurance firm Aflac earlier this week.
Gilbert Gottfried, the American comedian who was fired by Aflac for joking about the Japanese tsunami, has been defended by a number of high profile celebrities, reports the Vancouver Sun.Gottfried was promptly fired from his role as the voice of Aflac's 'duck' mascot after making a number of crude jokes about the recent disaster. He told twitter followers, "I just split up with my girlfriend, but like the Japanese say, they'll be another one floating by any minute now". After a barrage of criticism, the 56-year-old tweeted an apology, saying, "I sincerely apologize to anyone who was offended by my attempt at humor regarding the tragedy in Japan". However, Whoopi Goldberg and Joy Behar rushed to defend the embattled comedian on their popular daytime talk show 'The View', with Goldberg noting, "I think that one of the things that people always forget is that comics have never been appropriate... that's the whole idea". Behar added, "Have you seen his act? It's always inappropriate. That's his act".
Joan Rivers added herself to the list of Gilbert Gottfried's defenders, saying, "That's what comedians do!!! We react to tragedy by making jokes to help people in tough times feel better through laughter". Radio host Howard Stern, who's no stranger to controversy, said, "When the Aflac people hired him to be the Aflac duck, they knew all of this. They know this is an offensive guy. This is a guy whose humor is offensive".