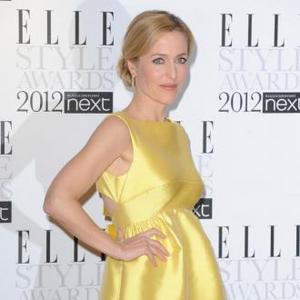 Gillian Anderson has split from her longtime partner Mark Griffiths.

The duo, who never got married, share sons Oscar, five, and Felix, three and spent six years together.

A representative for the actress told Us Weekly magazine: ''Gillian Anderson and her partner Mark Griffiths have amicably separated after six years together.''

'The X-FILES' and 'House of Mirth' actress has been married twice before. She and film art director Clyde Kotz, with whom she shares daughter Piper, 17, divorced in 1997.

The star and documentarian Julian Ozanne were married for two years before parting ways in 2006.

Last month Gillian revealed she ''never'' identified with being gay ''100 per cent''.

The 43-year-old actress - who revealed to Out Magazine in March that she's previously been in relationships with women - admits she ''always knew'' she still liked men during her younger years, but she wanted to see what it was like to choose to experiment with the same sex.

She said: ''I was talking to Out about gays and choice, and The View that you can just choose not to be gay in some way. I decided to talk about it now because someone with whom I was in a relationship a couple of decades ago - a woman - passed away about a year ago.

''I was talking about her and, in the context of the gentle conversation we were having, I thought I would say that I have had a couple of relationships with women, but that wasn't my experience because I did have a choice. I always knew I still liked boys.

''Being gay was never something that I identified with 100 per cent, because I knew that for me it wasn't the only way.''