Actress Gillian Anderson Has Written A Letter To An Indian Politician Calling For A Ban On Animals Undergoing Unnecessary Testing For Drugs. 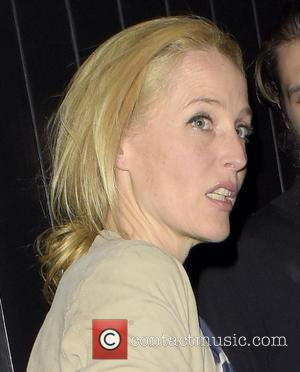 The X-Files star is currently in Jodhpur, India filming upcoming drama Viceroy's House alongside Hugh Bonneville, and she has teamed up with the Indian branch of People for the Ethical Treatment of Animals (PETA) to reach out to a leading politician.

She has penned the note to the Indian Minister of Health & Family Welfare, Jagat Prakash Nadda, asking for a change to legislation to stop animals being subjected to toxicology experiments for drugs which have already been approved in other countries.

"India holds a special place in my heart for many reasons, but especially for its cultural reverence for animals," she writes. "(R)ats, rabbits, primates, dogs and other animals used for drug testing are confined to barren cages. They are forced to ingest or inhale drugs or have them smeared on their skin or put in their eyes.

"(T)he Drugs Technical Advisory Board... agrees that animals should not have to undergo cruel tests for new drug registrations when complete data from earlier toxicity experiments already exist."