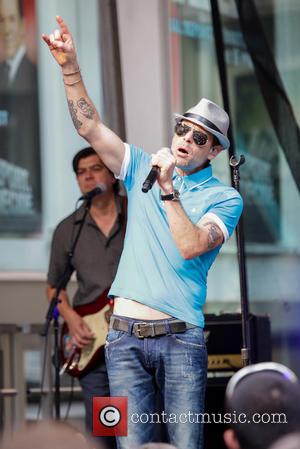 Gin Blossoms rocker Bill Leen stunned fans at a concert in New York over the weekend (18-20Jan13) when he collapsed mid-song.

The hitmakers were playing at The Paramount in Long Island on Friday night (18Jan13) when the bassist fell ill and dropped to the floor in the middle of their performance of Hey Jealousy.

The incident was captured on tape and obtained by Tmz.com, and in the video Leen can be seen receiving assistance from a stagehand.

According to the website, the 50 year old refused further medical attention and a representative for the group has since put the health scare down to "exhaustion from the road".

The rocker bounced back and was back onstage the following night (19Jan13) at The Stone Pony in Asbury Park, New Jersey.

Gin Blossoms - Found Out About You Video

Gin Blossoms - Til I Hear It From You Video

Gin Blossoms - As Long As It Matters Video