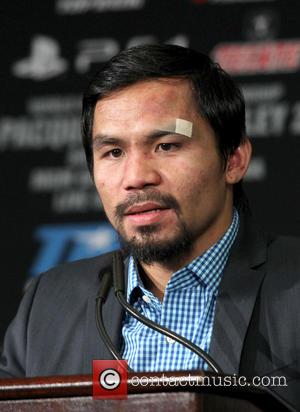 Puerto Rican actress Gina Rodriguez will be ringside for Manny Pacquiao's upcoming boxing match in China because her father is refereeing the fight.

The Filly Brown star's dad is Genaro Rodriguez, who has been a top boxing official for over three decades, and he'll be in the ring for Pacquiao's fight with Chris Algieri on 22 November (14) at the Cotai Arena at the Venetian MACao in MACau.

And his daughter will be cheering him on.

She says, "I'm gonna go to his next fight in China, the Pacquiao fight in MACau. (I'm gonna be) ringside; I'm ready for the blood and the sweat. I'll be wearing a raincoat and an Ebola Hazmat suit."