Jane The Virgin Actress Gina Rodriguez Impressed Her 2015 Teen Choice Awards Co-host Ludacris By Showing Off Her Own Rap Skills During The Prizegiving On Sunday (16aug15). 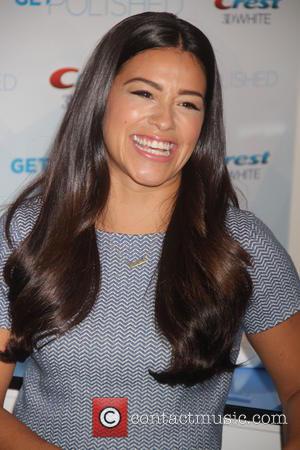 The Golden Globe-winning actress served as a presenter with the rapper and actor Josh Peck, and as the trio opened the show, they delegated which categories they would help introduce throughout the night.

Ludacris stated he should clearly take over the music category, but Rodriguez argued she too had musical chops of her own.

The rapper said, "I'm calling you out. Let me see what you got", to which Rodriguez replied, "This one's for you, Luda", before launching into a fast-paced rap.

Peck also showed off his own musical skills by singing a parody of One Direction's What Makes You Beautiful.

Rodriguez first rose to fame by playing aspiring rapper Majo Tonorio in acclaimed hip-hop music drama Filly Brown, a film which caught the eye of several music label executives who offered her record deals, but she turned down the offers in order to focus on her acting career.