Jane The Virgin Star Gina Rodriguez Has Taken Aim At Cyberbullies Who Criticised Her Looks And Her Spanish Grammar After She Shared The First Snap Of Herself On The Cover Of People En Espanol Magazine. 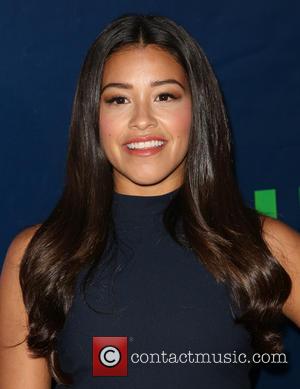 The Golden Globe winner graces the front of the new issue, and posted the cover photo on her Instagram.com page last week (ends09Aug15).

She wrote a caption in English and Spanish, thanking editors at the publication for making her their cover girl, but Rodriguez, who was born in the U.S. to Puerto Rican immigrants and grew up speaking both languages, received a backlash over her grammatical errors as well as her looks.

Rodriguez later responded to the cyberbullies by posting another picture from the photo shoot with a message urging Internet users to stop the negativity.

She wrote, "You know what saddens my heart, is when you try and celebrate an accomplishment... and no matter what, someone... has something negative to say. Whether it was from the way my toes curled under to the way I typed my Spanish...

"When did we decide social media was for hating, for putting others down rather than lifting them up. I refuse to participate in that kind of world. Before you write a comment today on anyone's picture or anyone's page ask yourself would you want others to say that about yourself? What am I getting out of being mean to another person I have never met?... Yesterday I shared my joy for the cover of People en Espanol and I was blown away at the immediate hate projected on my page. My question to you today is this, do you know the power you have in this world and do you desire to use it for good? I do. #NoToKeyboardCourage".