The filmmakers behind Tangled and Wreck-it Ralph join forces for this entertaining animated action comedy, which has clearly been planned as a franchise-launcher. Energetic and funny, the movie is packed with wonderfully engaging characters and animated with clever visual inventiveness. But even though it's a lot of fun, it's difficult to escape the feeling that Disney is trying to sell us a whole new range of products.

The setting is a world populated only by animals, where predators and prey have learned to get along. The story centres on feisty rabbit Judy Hopps (voiced by Ginnifer Goodwin), who grew up under pressure to work in the family carrot-farming business. But she wants to be a cop, even though no bunny has ever made the force. Top of her class at police academy, she's assigned to the Zootropolis Police Department, where Chief Bogo (Idris Elba) makes her a meter maid. But she's too ambitious to write parking tickets all day, and teams up with con-artist fox Nick (Jason Bateman) to look into the strange case of a missing otter, which might be linked to a series of unexplained events in which predators suddenly became aggressive and dangerous.

The writers and directors have a great time with the premise, peppering scenes with knowing references mainly to other movies but also to resonant aspects of society, such as the genius casting of sloths as government workers. And there are also much bigger themes rattling around the edges, from how other peoples' expectations constrain us to how politicians use fear to control the public. There's also a cleverly pointed undercurrent about prejudice and diversity. And at the centre, Goodwin and Bateman give solid vocal performances as natural enemies who find a way to trust each other. Of the supporting cast, Elba is the standout as a buffalo who is all bluster. 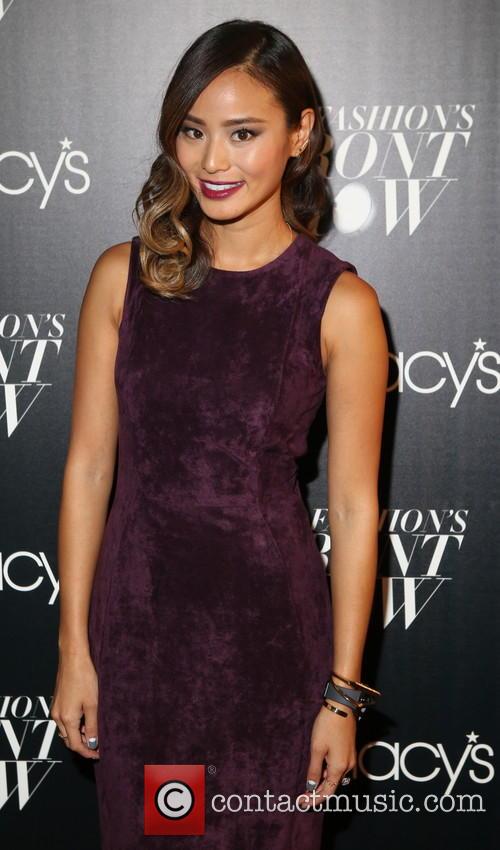 Continue reading: 'Once Upon A Time' Season Five To Feature First LGBT Relationship

It's often said that mankind is the scourge of the Earth, disrupting the civilised nature of animal life and the environment. So imagine a world of walking, talking and fully-clothed animals of all kinds and not a human being in sight - peace at last, right? Well, not so much. It seems inborn enmity is still a thing in Zootopia, which makes the job of Officer Judy Hopps (the only rabbit on the vastly predatory town police force) extremely difficult. As feisty as she may be, she still finds herself facing everyday trouble - especially in the form of her natural enemy, a fox named Nick Wilde who is well known to the cops. But she's got other things on her mind; a mammal has gone missing and the police have only got 48 hours to find it. While she's eager to get on the case, unfortunately for her she is forced to pair with Wilde in order to use his skills as a master con artist. Can the pair defy the laws of nature and build a friendship?

Tinkerbell: The Legend Of The Neverbeast - Trailer

Long before meeting Peter Pan and his Lost Boys, the islands of Never Land were already the home of adventure. The lands of Pixie Hollow Tinkerbell and her fairy friends notice a bright green comet flash across the sky one night. According to deep legend, when the comet is seen, the dreaded NeverBeast will arrive in Pixie Hollow. All the fairies are terrified, and preparing to defend their home from the monster, when Fawn (Ginnifer Goodwin) stumbles across the beast accidentally. Realising that the NeverBeast is not nearly as bad as anyone thinks, Fawn must convince her friends that they shouldn't judge a book by it's cover before it's too late and they do something they'll regret.

Continue: Tinkerbell: The Legend Of The Neverbeast - Trailer

Once Upon A Time To Add Hans To Frozen Storyline

If you're not a fan of the animated musical, look away now- Frozen's global domination is showing no signs of slowing down.

It was announced earlier this year that ABC series 'Once Upon A Time' would be featuring a Frozen storyline on its fourth season, and the internet was soon flooded with casting rumours and suggestions for the roles of Elsa, Anna and Kristoff.

'Once Upon A Time' will bring the animated princesses to life

In the end the coveted parts went to relatively unknown young actors Georgina Haig, Elizabeth Lail and Scott Michael Foster, but it looks like another familiar face from the hit film is set to appear in Storybrooke; the dashing but villainous Prince Hans. No casting has been announced for the role yet but undoubtedly social media users will be voicing their own opinions about who should don Hans' cravette.

Continue reading: Once Upon A Time To Add Hans To Frozen Storyline

The 'Once Upon A Time' co-stars are enjoying a real life fairytale together.

Congratulations are in order for ‘Once Upon A Time’ co-stars Ginnifer Goodwin and Josh Dallas, who just welcomed their first child together, a boy, on Friday (May 29th). The couple, who met on the set of the ABC series in 2012, wed last month in a surprise ceremony in front of friends and family.

Continue reading: It’s A Little Prince For ‘Once Upon A Time’ Stars Ginnifer Goodwin And Josh Dallas As Couple Welcome Baby Boy 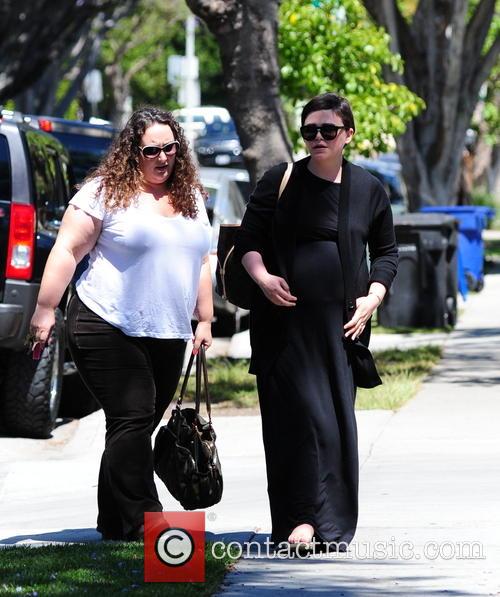 Ginnifer Goodwin and Josh Dallas have become a real life married couple after tying the knot on Saturday.

On screen Ginnifer Goodwin and Josh Dallas are Snow White and Prince Charming, off screen the couple are living out their own fairytale, having just married on Saturday. It really has been a case of happily ever after for the 'Once Upon A Time' co-stars who are also expecting their first child together. With the happy couple beginning their new life together, we look back at the real life story of how Snow White and Prince Charming made it to the altar.

Ginnifer and Josh first met when they they was paired together on screen as Snow White and Prince Charming for ABC’s ‘Once Upon A Time’. In the beginning things were kept purely professional between the co-stars as he was still married to ‘Sherlock’ actress Laura Pulver. The British actress had met Dallas in 2003, whilst he was studying in the UK at the Mountview Academy of Theatre Arts. The couple married in 2007, but by the time Josh landed the role of Prince Charming, distance had grown between the couple and divorce was on the cards. Ginnifer, herself also had a high profile romantic history having  formerly been in a relationship with American Pie actor Chris Klein and then being engaged to actor Jery Kern before the romance ended in mid 2011.

All that's left is the Happily Ever After.

In fairytale-come-true this weekend, Once Upon A Time co-stars Ginnifer Goodwyn and Josh Dallas tied the knot this weekend. The couple were married Saturday in an intimate California ceremony, their rep told E!News. Things are moving fast for the head-over-heels pair, who just announced their engagement last October and are now expecting their first child. Snow White married Prince Charming - it sounds almost too perfect to be true.

"We are so thrilled ... and can't wait to celebrate with our friends and family, including our second family at Once Upon a Time," the couple, who met on the set of the hit show, said at the time.

The actress was joined by her close pal Ginnifer Goodwin, best known for playing 'Margene Heffman' on the HBO series Big Love. Wearing an elegant yellow dress, Goodwin briefly chatting with fans, asking two young boys whether they were "having fun" 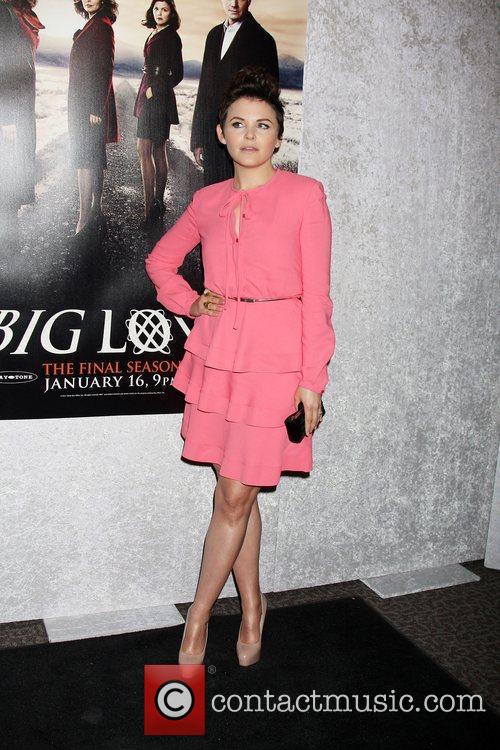 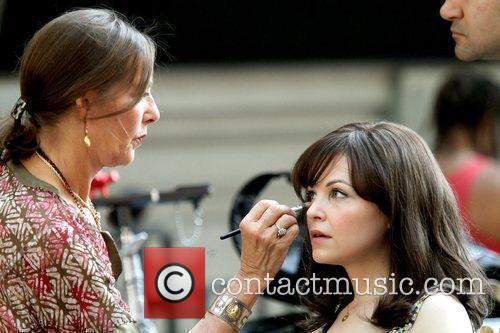 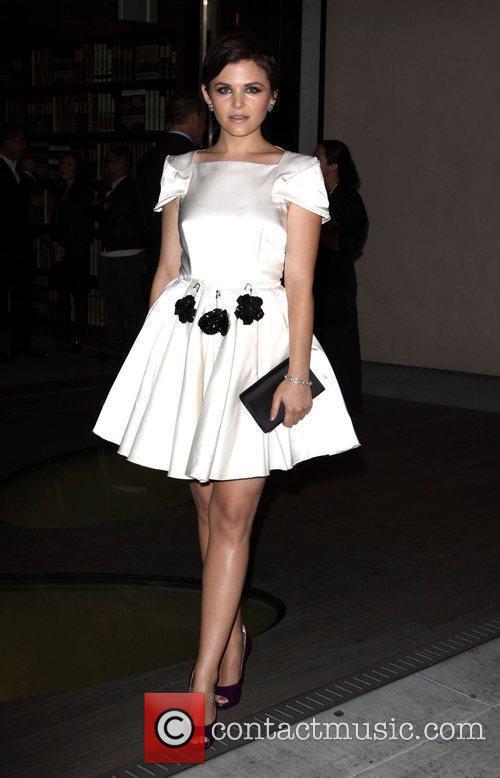 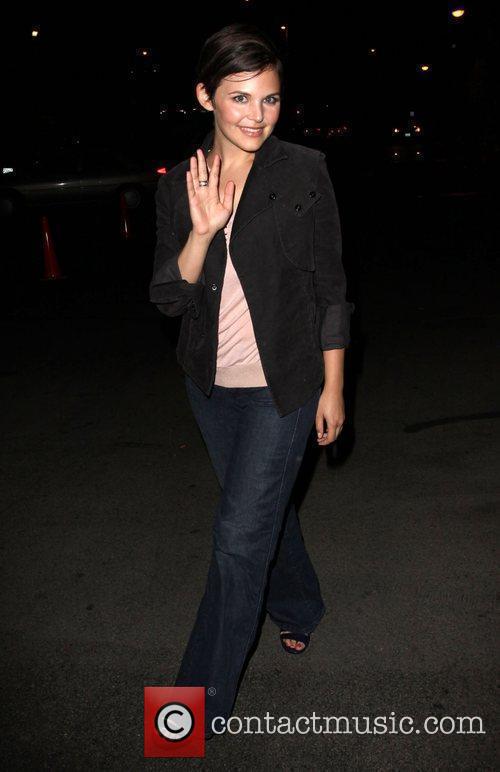