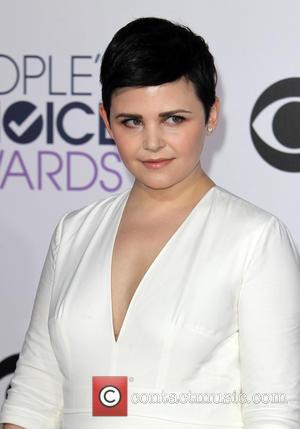 Picture: Ginnifer Goodwin - A variety of stars were photographed as they took to the red carpet for the 41st Annual People's Choice Awards which were...

Actress Ginnifer Goodwin was treated like a Disney princess when she was called in to work on Tinker Bell And The Legend Of The Neverbeast while she was heavily pregnant, with producers setting up a bed in the studio and covering it in soft toys just for her.

The Once Upon A Time star had been doing voice work for the animal fairy character Fawn for three years before its release last year (14), and she admits it was one of her best jobs to date.

She says, "I recorded this for three years, and when I was super pregnant they asked about me coming in for a session and I really was keen to get out of the house, but was on semi-bed rest... and I got to work and they had set up for me a Tinkerbell bed in the sound booth covered in Disney stuffed animals. I would lay there with my microphone... That's a good job!"

Goodwin, who gave birth to son Oliver last summer (14), was particularly flattered as Disney animators had based her character's features on the actress' own looks.

She continues, "There's nothing like being animated by Disney. Honestly, if I just did that from now on, I'll be fine..."

Goodwin admits the role was a long time coming after previously trying and failing to land parts in other animated Disney films like Tangled and 2013's Oscar-winning Frozen, quipping, "I've auditioned for everything since 2001!"

Tangled, which was released in 2010, featured Mandy Moore as the lead, while Idina Menzel and Kristen Bell provided the vocals for the main Frozen characters.