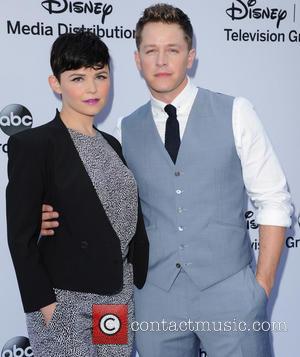 Actress Ginnifer Goodwin has good fortune and two Jews to thank for her stress-free wedding day after thieves stole her Hebrew marriage contract hours before she exchanged vows with fiance Josh Dallas earlier this month (Apr14).

The Walk The Line star's wedding planner called Goodwin in tears on the morning of her wedding and told her that her car had been broken into overnight and the Jewish actress' ketubah had been among the items taken.

The star explains, "She said, 'I've been on the phone with people in Israel... and I've sent people to art supply stores...' The ketubah is a Jewish wedding contract and you have them made by artists and they're all in Hebrew; it's your religious contract."

The heavily pregnant star helped calm her planner down and decided to ask her childhood rabbi, who presided over the wedding ceremony, to help, but fortune had already shone on Goodwin.

She adds, "By the time I got off the phone... I have messages from my representatives, who say, two Jews were walking down the street in Hollywood, found a piece of paper in the middle of the street, could read Hebrew... and it might be important that we get this piece of paper back with my name on it, Google 'who represents Ginnifer Goodwin', found my reps at home on a Saturday and got us back our wedding ketubah.

Goodwin admits the stolen ketubah was the only blemish on an otherwise perfect day, adding, "It was the most stress-free, relaxing, beautiful day."