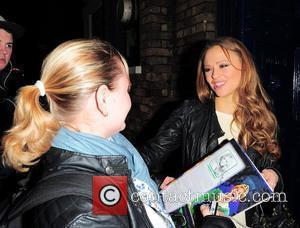 Girls Aloud singer Cheryl Cole has joined the fight for gay rights by voicing her support for same-sex marriage.
The pop star is backing plans by U.K. government officials to give gay partners in civil unions the same rights as traditional married couples.
And Cole, who divorced soccer star Ashley Cole in 2010, admits she's baffled by the outrage the proposal has sparked from religious groups.
She tells U.K. station Gaydar Radio, "Marriage is far more than a man and a woman, you know. It's a bond for life and whether you're gay or straight or whatever, it makes no difference to being married. What marriage stands for is that you love that person.
"You want to commit yourself to that person forever. All the rights that a marriage gives you, why should the fact that you are attracted to the same sex make that any different? It makes no sense to me. The same relationship, the same beliefs... It's crazy. I don't understand why it's even a big deal!"