Cheryl Cole; I could marry again

Cheryl Cole insists she may marry again in the future, despite her painful split from ex-husband Ashley Cole. 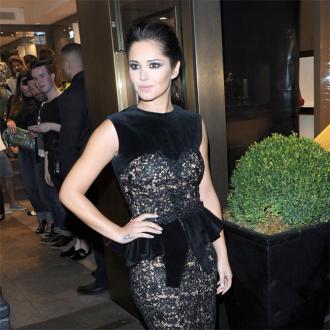 The Girls Aloud star - who is currently dating backing dancer Tre Holloway - insists she would be prepared to walk down the aisle again in the future, despite her painful memories of her break-up from ex-husband Ashley Cole in February 2010.

Cheryl also still wants to have a ''big family'' but she isn't sure if she'll achieve her dream of having ''four or five'' kids.

In an interview with the new issue of Glamour magazine, she said: ''Could I see myself getting married again? Never say never.

''I always said I'd like to have a big family, because I'm from one, so I'd like four or five children.

''But I don't know realistically if that's going to happen. You can't assume things. I never thought I'd get a divorce.''

The 29-year-old singer admits one of the hardest things about her split from Chelsea soccer player Ashley, 31, was the end of her dream to become a mother.

She said: ''It's the broken plans you have made that are the hardest to get over. Ashley and I would talk all the time about starting a family - well I would anyway ... There's this perception that Ashley is an arrogant p***k, but he's really not. We talk occasionally and I would say we are friends.''

Although they have an amicable relationship now, Cheryl revealed she was so heartbroken when her marriage ended she couldn't even eat.

The brunette beauty's weight plummeted after she dumped Ashley for cheating on her with several women, and she admits the pain felt like she was grieving over a death.

She explained: ''I first got very thin after Ashley. I felt like my stomach was doing backflips - like my emotions had taken over and made me full.

''I first experienced that when my granddad died and I couldn't understand what was going on. I said to my grandmother, 'The pasta just won't go into my mouth.'

Cheryl hates how famous females are constantly scrutinised over their weight and insists the relentless dissection is nothing but ''bullying''.

She said: ''I hate how conflicting it is. To have people saying, 'Oh she's so thin, she looks amazing,' then, 'Oh, she's disgusting.'

''You can't call someone who is a size six fat. An average woman is a size ten to 12, so if you're calling me fat because I'm a six - and I have never, ever been bigger than an eight - you're causing women some serious issues. When you're on the receiving end of it it's nothing short of bullying in the workplace.''