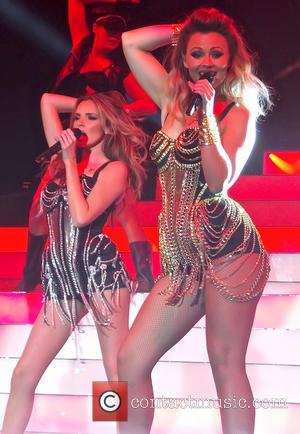 The girl band, which formed on 2002 U.K. reality Tv show Popstars: The Rivals, took a break in 2009 to allow the stars to concentrate on individual projects, but announced in October (12) they were ending the hiatus.

The pop stars were lowered from the roof of the venue under a huge Girls Aloud sign, and launched into a hits-packet set, including their debut single Sound Of The Underground, The Promise and Something Kinda Ooooh.

Cole also used the concert to show off a new tattoo after having two large roses inked on her back.

The singer, who hails from the city of Newcastle, took to her Twitter.com page after the gig to declare, "I wish I could find the words to express how I feel right now!! Newcastle was perfect", while her bandmate Kimberley Walsh ‏added, "Unbelievable first show tonight. Thank you Newcastle!!!"