Girls Aloud are reportedly set to end their hiatus for a world tour in 2011. 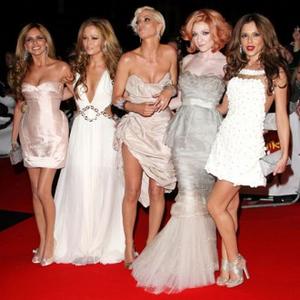 Girls Aloud are set to reform for a world tour next year.

'The Promise' group are to dispel rumours they do not get along and will never perform together again by making a comeback ahead of their 10th anniversary in 2012.

The group went on hiatus in July 2009 - originally planned for 12 months - so they could pursue other projects. Since then two of the group's five members, Cheryl Cole and Nadine Coyle, have released solo albums, while The Others, Sarah Harding, Nicola Roberts and Kimberley Walsh have concentrated on projects outside of music.

Cheryl, 27, has also been featured as a judge on TV programme 'The X Factor', and is said to be in talks about having a role in a US version of the show, planned for later this year.

A source told the Daily Star newspaper: "Early next year is pencilled in for the reunion tour. It's going to be absolutely massive.

"Cheryl could be a US superstar by then if her appearance on American 'X Factor' goes according to plan this autumn, so they want to capitalise on that.

Despite rumours of a rift between the girls, they are all set to be at the wedding of Sarah, 29, and DJ Tom Crane later this year.

Sarah said: "All the girls will be at the hen night and, of course, the wedding. I really wish everyone would stop saying we don't get on."

The group have made one appearance together since their hiatus started, supporting Coldplay at Wembley Stadium in London in September 2009.

Cheryl has previously said of the group's plans to continue: "We did sign a three album record deal just before we all did our own thing. There are three albums just sitting there waiting to do - it just hasn't been put into place yet."